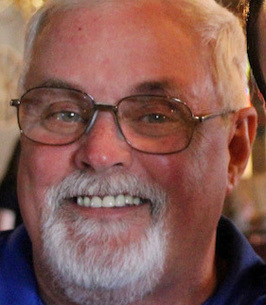 SCHAGHTICOKE William G. Lessard, 77, passed away suddenly Saturday September 3, 2022 at his residence. Death was attributed to natural causes. Born in Cohoes he was the son of the late Francis and Loretta LaPalm Lessard. He was educated in Waterford schools.

Bill had been employed at the GE Silicone Plant in Waterford for over 20 years and retired in 2007. Prior to that he was employed by the Town of Waterford. He was a veteran of the US Air Force and served during the Vietnam War. He was a member of the VFW Post 1938 in Schaghticoke and was a proud member of the NRA. An avid fisherman he was a member of the Green Island Rod & Gun Club, and Troy Rod and Gun Club. He collected antique guns and was an avid NY Yankees fan.

Survivors include his children, Valerie Mazzeo (Vincenzo) of St. Augustine, FL and William F. Lessard of Phoenix, AZ. He is predeceased by a daughter, Victoria O’Donnell. Also surviving is his son in law William O’Donnell of Greenville, NY. He is the brother of the late Frances Rougia. He is the proud grandfather of Colin Barth, Lauryn Grugan, Justin Fraim, Kara Harris and the late Marc Fraim. Several great grandchildren also survive.

A Memorial service will be held at a time and date to be announced.