To share your memory on the wall of William Furlong, sign in using one of the following options:

Bill is survived by his wife and best friend, Julianne Galarneau Furlong whom he married on June 1, 1991, his daughter AnnaRae Furlong, son John “Jack” Furlong and father-in-law Raymond Galarneau all of Waterford, his sister Kathryn Amazon of North Carolina, sister-in-law Laurie Kuhne of Clifton Park, brother-in-law Edmond Galarneau (Tom) of Albany, cousin Linda Furlong of Johnsonville, five nieces and nephews and many former friends in the Corinth area. Bill was preceded in death by his dear friend and mother-in-law Donna Galarneau with whom he shared a special bond.

Bill had a forty year career working with developmentally disabled people in a variety of settings including OPWDD (Office for Persons With Developmental Disabilities), Vanderheyden Hall, Center for Disability Services, Rutland Mental Health, Rensselaer ARC, Saratoga Bridges, Helderberg House, Albany ARC and AIM services. He prided himself on his ability to work with behaviorally active individuals showing compassionate support and building relationships with them at their level. Bill had quite a “Green Thumb” and enjoyed caring for his plants with some being over four decades old. He was a homebody who enjoyed tinkering with his multiple aquariums, playing sudoku and loving on his two Golden Retriever ‘angels’, Macy and Stella. He never let a day pass without commenting, “It’s so good to be home”. He was an avid lap swimmer, a die-hard New York Mets and Albany Patroons fan and never missed any of his children’s St. Mary’s CYO and Catholic Central High School sporting events. He attended as many Lynyrd Skynyrd and Stevie Ray Vaughn concerts as he possibly could. Bill was a communicant of St. Mary’s Church in Waterford, a long-time member of the Knights of Columbus and a proud son of the American Legion Post 1450 in Clifton Park. He served as a Village Trustee in Valley Falls where he spent most of his life.

Bill wanted to issue a huge thank you to our Saratoga Bridges family, Community Hospice and all the other caring people that he met along his travels which made his life worth living.

A Memorial Mass will be offered at St. Mary of the Assumption Church, 119 Broad St., Waterford on Tuesday at 10 am.

There will be no calling hours.

In lieu of flowers, Bill has requested donations to the following organization on his behalf: Saratoga Bridges; Waterford Rescue Squad or the Valley Falls Free Library.
Read Less

Receive notifications about information and event scheduling for William

We encourage you to share your most beloved memories of William here, so that the family and other loved ones can always see it. You can upload cherished photographs, or share your favorite stories, and can even comment on those shared by others.

Posted Jan 05, 2021 at 12:50am
Bill was a great friend who always made me laugh. I will cherish all the wonderful memories that go back over 30 years. Prayers to Julianne, AnnaRae and Jack. Austine
Comment Share
Share via:
K

Posted Jan 04, 2021 at 12:17am
I am sorry to hear of Bill’s passing but am grateful for every memory of fun times on holidays and any visit to Nana and Tite’s house. Bill was quiet yet
present and quick to chime in with a witty comment and smile. I was
always awed by his work and the many people he served through it. Sending love and hugs to Jules,, Ana Rae and Jack - hoping that the memories & support of family and friends provide comfort and peace at this time. And always. Kiki Xo
Comment Share
Share via:
EP

Posted Jan 03, 2021 at 07:38am
Family Furlong
Though I didn't know Mr. Furlong, I did know his Dad. Red was a special friend of mine, having written me a letter when he was called back to AF when I broke my leg.. Thus he was not able coach in 51-52,my senior year at Salem. Knowing Red Sr., I know his son was a special person. God Bless
Ed Phillips
Comment Share
Share via:
DC

Posted Jan 02, 2021 at 10:01am
Bill you were a great dad and husband and great friend to us and our Kasey who love you and your family you will be greatly missed .prayers to your wife and children.
Comment Share
Share via: 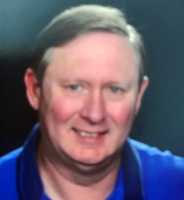