To share your memory on the wall of Suzanne Pascucci, sign in using one of the following options:

Sue had been employed for 15 years at the former GE Silicone Plant in Waterford and retired in 2007. Prior to that she worked for a short period with Hannaford Markets and earlier in her career she owned and operated the former Sandpiper Lounge in Latham. Sue was an active person and enjoyed billiards, Bingo, going to casinos, amusement parks and concerts as well as cooking and traveling.

Sue was the widow of the late Salvadore Pascucci who died in November of 2020. She is the loving mother of Kevin Golonka of Queensbury, Michael Golonka of Delmar and Michael Pascucci (Natalia) of South Glens Falls. She is the proud grandmother of Quintin, Sydney, Matthew and Mason Golonka and Elena Pascucci. She is predeceased by her brother Jeffrey Keagle. Several nieces and nephews also survive.

Relatives and friends may visit at the funeral home on Wednesday from noon – 1 pm, prior to the funeral service.

Special thanks are extended to the nursing staff at Albany Medical Center, D2CPS ICU unit for their compassionate care.
Read Less

Receive notifications about information and event scheduling for Suzanne

We encourage you to share your most beloved memories of Suzanne here, so that the family and other loved ones can always see it. You can upload cherished photographs, or share your favorite stories, and can even comment on those shared by others.

Posted May 10, 2021 at 02:26pm
Michael and family,
Patty and I are so sorry to hear of the passing of your mom, my condolences, you'll in my thoughts and prayers.
Michael and Patty Walsh
mwalsh111@tampabay.rr.com
Comment Share
Share via: 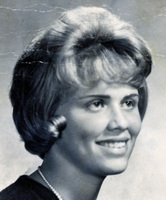