To share your memory on the wall of Ronald Connors, sign in using one of the following options:

Born in Troy, Ron was the son of the late Ronald Connors, Sr. and Patricia Pinke Connors Sullivan. At ... Read More
WEST SAND LAKE Ronald J. Connors, Jr., 67, formerly of West Sand Lake was reunited once again with his wife in heaven on Jan. 3, 2021.

Born in Troy, Ron was the son of the late Ronald Connors, Sr. and Patricia Pinke Connors Sullivan. At a young age he enlisted in the US Navy and served on the USS Compass Island. Returning home from the service, he married the love of his life, Deborah Brand Connors and together they lived and raised their family on Reichard’s Lake. After Deborah’s passing in 2012, Ron moved from the area to South Carolina.

Ron had been employed for most of his life at the Watervliet Arsenal, and he also belonged to the American Legion Post 0033.

Ron was loved by all his family and many friends. He was always at his happiest when they were all together around a bonfire in his backyard. He will be remembered as a hard-working man with a quick wit, great sense of humor and most importantly, a strong sense of pride in his family.

Ron is survived by his loving daughters, Jodi Connors (Donald Ackerman, Jr.) of Wynantskill and Dana Peaslee (Bill) of West Sand Lake; by his siblings, Tina Robelotto (Vinny) of Marana, AZ, Christine Cruz of Albany, Donna Doss (Robbie) of Townville, SC and Michael McDowell (Sue) of Wynantskill; by his beloved grandchildren, Matalyn, Abby, Vivian, Logan and Liam. He is also survived by several nieces, nephews and a large extended family and by his best friend, Dean. In addition to his wife and parents, he was predeceased by his brothers, James Connors and Kevin and Warren McDowell.

Funeral services will be Friday at 11:30 a.m. in the Philip J. Brendese Funeral Home, 133 Broad St., Waterford. Interment will follow with military honors in the Saratoga National Cemetery, Schuylerville.

Relatives and friends may visit at the funeral home from 9:30-11:30 a.m. prior to the service.

Masks will be required and social distancing and occupancy regulations observed.
Read Less

Receive notifications about information and event scheduling for Ronald

We encourage you to share your most beloved memories of Ronald here, so that the family and other loved ones can always see it. You can upload cherished photographs, or share your favorite stories, and can even comment on those shared by others.

Nick and Will, Donna and Robbie Doss, and other have sent flowers to the family of Ronald J. Connors Jr.
Show you care by sending flowers

Nick and Will purchased flowers for the family of Ronald Connors. Send Flowers

Flowers were purchased for the family of Ronald Connors. Send Flowers

Alicia and David Peterson purchased flowers and planted a memorial tree for the family of Ronald Connors. Send Flowers

Posted Jan 09, 2021 at 11:03pm
My friend, and chosen family, Uncle Ron as we called him, was upon our first meeting an instant friend. His humor was sharp, his heart was big and he was exactly the kind of man who made sharing a fire pit into a fine conversation and an excellent way to spend the evenings. He was always working in the yard, raking, or trimming branches to throw in the fire. He did yard cleanup around the community, including ours. When Gary was fighting cancer, Ron and Dean took care of our yard, for over a year.
Uncle Ron got an early start each day and would often times stop by our place to cool off, and shoot the afternoon breeze w us. We enjoyed that. We always enjoyed being with him. We have spent some hours with Ronnie... we discussed life and laughed, and though we did not answer life’s questions, we often took up just relishing the hot day by the lakeside. We fished and caught some nice striped bass and crappie.
In the past years we have gotten to know Ronnie, we tried to eat, drink and be merry together, every weekend, sometimes every day. Ron talked a lot about his wife when we first met. I could tell by the way he spoke of her w great love and respect they had built a life he was proud of. A family he was proud of. His love for his family made me respect him and love him right off the bat. He was a kindred soul, and I feel so grateful for having him in my life, as we all are.
He often talked about his morning coffee calls with Dana.
Dean and Vikki, Donna and Robbie, Peg and Bob, Allen and Jane, David and Alicia, we all were lucky to call Ronnie our friend. Dean and Ronnie were like brothers in arms, peas in a pod, friends. I know we all loved him the best we could. I think he was happy most of the time. I think he had joy in his life, at least that’s the way he made Gary and I feel, joyful.
Sometimes at night, when the fire pit had burned down to coals, and we had laughed , ate and drank merrily, Ron would slip off to bed without saying a word. He called it his “Irish goodbye”. I think he hated goodbyes, as we all do when we love someone.
I told Ron once, he was a good father, a good man. I thanked him for his service to the USA in the navy. I thanked him for being my friend and I can honestly say, he takes a piece of my heart with him. I will never forget Uncle Ronnie Conners.
I can hardly believe now, that he is gone because his joyful spirit left an indelible mark on my heart, and so many others.
I don’t understand the loss. I don’t even want to think of him as gone... I want to think he lives on in my life, even if it is just by the example he left as an easy going, fun-loving guy who everyone would enjoy standing around the fire pit with. Rest In Peace my dear, sweet friend. I love you. And you got the last laugh with that darn Irish goodbye. 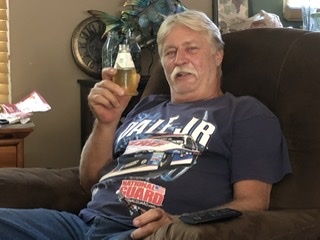 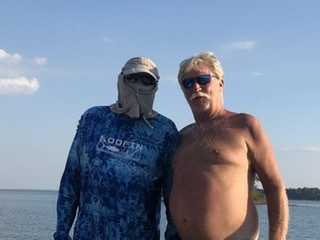 Thank you Gina, it was wonderful of you to share this with us ❤️ 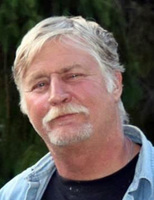 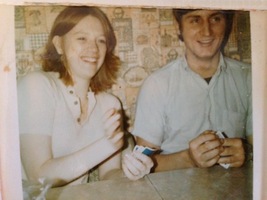 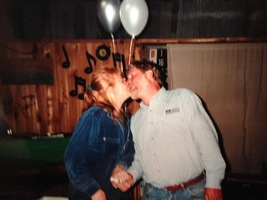 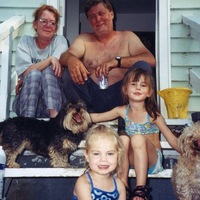