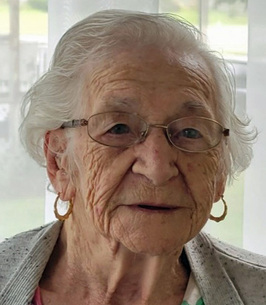 CLIFTON PARK Nellie Mae Bullis, 96, passed away Thursday October 20, 2022 at Ellis Hospital in Schenectady, she resided at Heritage Home for Women in Schenectady. Born in Schenectady she was the daughter of the late Horace and Nellie Bucheler Dibble.

Nellie was retired from the Albany County Nursing Home. Prior to her employment there she worked at the former GEX store in Latham and Woolworth’s in Cohoes. She was active in the TOPS Program in Clifton Park, enjoyed BINGO, visiting casinos and traveling. She was a communicant of St. Mary’s Church, Crescent.

Relatives and friends may visit at the funeral home on Monday, October 24th, from 5 to 7 pm.

In lieu of flowers memorial donations may be made in memory of Nellie Bullis to charity of your choice.