To share your memory on the wall of Nancy Lee, sign in using one of the following options:

Upon graduation from high school, Nancy was employed by the State of New York until 1963. After raising her four beloved children, she became an entrepreneur and opened her own children’s shop which she successfully ran from 1991-1994. She was later employed at the Waterford-Halfmoon Elementary School Library as an aide from 1994-2005, where she passionately and joyfully read stories to many young children of Waterford. While working full-time, Nancy received a Teacher’s Aide Certificate from Hudson Valley Community College. Upon her retirement in 2005, Nancy fulfilled her greatest joy of becoming a full-time grandmother and never missed a piano recital, dance performance, soccer game, cheerleading event, or classroom story time. Though she had three grandchildren, she was “Gram” to many.

Nancy was the widow of John E. Lee, Sr., whom she met roller skating at Guptil’s Arena in Latham, NY in 1960 and married in 1961. He was the love of her life and they were married for 24 years before his sudden passing. She was the devoted mother of David J. Lee (Angela) of Waterford; Tammy J. Lee Phinney (David) of Groveland, MA; Jennifer L. Morse (Robert) of Averill Park; and the late John E. Lee, Jr. She was the mother-in-law of Karleen Lee of North Carolina, sister of Carolyn Casey of Cohoes, the late Paul, Charles and George Gabriel, Eva Roy and JoAnne Larson, and sister-in-law to Arleen LaPlante of Clifton Park. She was the absolute proudest grandmother to Amanda Lee of Albany, DJ Lee (Sara) of Waterford, and Kelsey Phinney of Washington, D.C. Many nieces and nephews also survive.

Nancy’s children and grandchildren would like to specifically thank Lindsay, Grace, Jen, Melissa, Blush, and Olivia for lovingly caring for Nancy in her later years.

Relatives and friends may visit at the Philip J. Brendese Funeral Home, 133 Broad St (Rt 32) in Waterford on Friday, December 18th from 4-7 pm.

As per pandemic regulations, masks will be required and social distancing and occupancy limitations will be observed.

Those who wish may make memorial contributions to the Parkinson ’s disease Association at www.apdaparkinson.org.

Receive notifications about information and event scheduling for Nancy

Print
Funeral Services Will Be Private

We encourage you to share your most beloved memories of Nancy here, so that the family and other loved ones can always see it. You can upload cherished photographs, or share your favorite stories, and can even comment on those shared by others.

James Murphy III, With love Jean Marie & Glenn Remick, and other have sent flowers to the family of Nancy Lee (Gabriel).
Show you care by sending flowers

Posted Dec 18, 2020 at 02:21pm
Nancy was my favorite auntie out of so many. I remember when she first started dating John and how I hoped he would marry her and he did. Our families grew up together, side by side when camping, picnics, family outings. She was such a loving person. She lived through a lot of heartache but was always so considerate and caring for everyone else. Mom and Dad loved her and traveled across the country with her. For Mom it was like having a younger sister. I hope she is at peace and with John and little John. God bless Tammy and Dave, David and Angela, Jen and Bob and especially Amanda, D.J. and Sara and Kelsey. I hold you all deeply in my heart.
Comment Share
Share via:
BO

Posted Dec 17, 2020 at 07:01pm
My deepest sympathies to the Lee family. It was a pleasure to work with Nancy at WHES, she was the kindest woman, always a smile. You all are in my thoughts during this difficult time. Barbara O'Neill
Comment Share
Share via:

Posted Dec 17, 2020 at 11:56am
Tammy, David, Jen & Family - The Quick family send our condolences to you for the passing of your mother. She was a very special lady, and will be missed. Our prayers go out to you during this sorrowful time.
Comment Share
Share via:
HS

Posted Dec 17, 2020 at 10:35am
Tammy & Family - Please accept my most heartfelt sympathy for your loss... My thoughts are with you and your family during this difficult time.

Flowers were purchased for the family of Nancy Lee. Send Flowers

Posted Dec 17, 2020 at 08:40am
Tammy & family,
I am so very sorry for the loss of your beautiful mom. I worked many, many years ago with Tammy at Price Chopper on Hoosick Street and remember well when she lost her father so suddenly. I know it was a struggle for your family then and you all stuck together . Your mom was so strong, and I loved her little shop she ran. May the wonderful memories carry you through this difficult time and knowing she is now at peace and reunited with your dad.
Fondly~ Pam Badolato-Doyle
Comment Share
Share via: 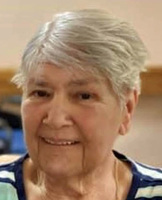