To share your memory on the wall of Lola Riberdy, sign in using one of the following options:

Print
CLIFTON PARK Lola Jean Riberdy, 74, passed away on Wednesday January 6, 2021 after a courageous battle with ovarian cancer, carried through by her faith in the Lord.

"Come to me, all you who are weary and burdened and I will give you res... Read More
CLIFTON PARK Lola Jean Riberdy, 74, passed away on Wednesday January 6, 2021 after a courageous battle with ovarian cancer, carried through by her faith in the Lord.

"Come to me, all you who are weary and burdened and I will give you rest."

Born October 4, 1946 in Troy, NY, she was predeceased by her parents, Edward T. and Blanche Wells Gokey of Waterford.

A graduate of Waterford Halfmoon High School and Mildred Elley, she retired from NYS DOT in 2013 after 35 years. Prior to that, she had been employed at Empire State College and had also been a waitress for over 30 years as a second job at night.


She enjoyed reading, traveling, dancing, bicycling, gardening, and baking, and was a member of the Red Hat Society, a member of CSEA, and a former Girl Scout leader. She also enjoyed engaging people, often strangers, in conversation.


Funeral services will be private at the convenience of the family.


In lieu of flowers, donations may be made to the National Ovarian Cancer Coalition.


Special thanks are extended to the staff from Community Hospice as well as the staff at Gateway House of Peace for their care and support.
Read Less

Receive notifications about information and event scheduling for Lola

Print
Funeral services will be private at the convenience of the family.

We encourage you to share your most beloved memories of Lola here, so that the family and other loved ones can always see it. You can upload cherished photographs, or share your favorite stories, and can even comment on those shared by others.

Posted Jan 17, 2021 at 03:31pm
I would like to thank you all for your kind words and most of all your prayers. My heart can be empty because I can't see her,
or, I can choose to be full of the Real LOVE we shared, all of It the good, the bad, and the ugly. I do miss you Bunny!

Posted Jan 12, 2021 at 07:18am
John, So sorry to hear of Lola's passing. We will keep you and her in our thoughts and prayers. If there is anything, I can do, please do not hesitate to call.

God Bless Lola; sweet coworker and lady. Condolences to the family on this sad loss. 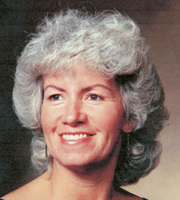