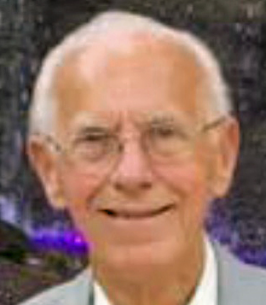 WATERFORD John R. Fredette Sr., 82, of Grace St. passed away Saturday June 18, 2022 at Hudson Park Rehabilitation Center. Born and educated in Waterford he was a lifelong resident here and was the son of the late George and Mabel Baron Fredette.

John was the owner and operator of John Fredette and Sons Painting Contractors. He was a former member of the Cohoes-Waterford Lodge of Elks and the F.B. Peck Hose Co. He enjoyed riding his bicycle and talking to people that he would meet while bicycling but most of all he enjoyed spending time with his family.

He is the husband of the late Joan Sheehan Fredette who died in 2016 and is the father of John R. Fredette JR. (Jenifer) of Waterford and Timothy W. Fredette (Jeanie) of Cohoes. He is the brother of William Fredette (Shirley) of Waterford and the late George Fredette, Mary Clark and Joyce Dereski. He is the proud grandfather of Samuel, Amber and Alexis Fredette. Also surviving are several nieces and nephews.

Relatives and friends may visit with his family at the funeral home on Saturday from 1-3 pm prior to the service.