To share your memory on the wall of Harold \"Kirby\" Perry, sign in using one of the following options:

Print
HALFMOON Kirby (Harold) Perry Jr., 68, passed away on Monday February 22, 2021. He was born on January 4, 1953 in Troy and lived in Halfmoon all his life. He was the co-founder and Vice President of Soft-Tex International.

He is survived... Read More
HALFMOON Kirby (Harold) Perry Jr., 68, passed away on Monday February 22, 2021. He was born on January 4, 1953 in Troy and lived in Halfmoon all his life. He was the co-founder and Vice President of Soft-Tex International.

He is survived by his best friend and loving wife of 46 years, Dale Jacques Perry. His sons Matt and Kevin Perry and his daughter Melissa (Jeff) Kearns, his mother Patricia Perry, his “seestor” Patti Perry Sabourin and his brothers Arthur (Lisa) Perry and Randall (Barb) Perry. He was predeceased by his father Hal (Harold) Perry Sr. He was the best Papa to his 4 grandchildren who he greatly loved, Jeremy Springel, Makayla Kearns, Nathan and Brianna Perry. He was also greatly loved by his in-laws, nieces, nephews and everyone he met.

He was the most generous, caring, easygoing guy you’ve ever met. He will be greatly missed by everyone.

Private services will be held at the convenience of the family.
Read Less

Receive notifications about information and event scheduling for Harold "Kirby"

Print
Services will be private at the convenience of the family

We encourage you to share your most beloved memories of Harold "Kirby" here, so that the family and other loved ones can always see it. You can upload cherished photographs, or share your favorite stories, and can even comment on those shared by others.

Guaranteed hand delivery by a local florist
MY

Posted Mar 08, 2021 at 12:50pm
Heaven has gained a tremendous heart. Kirby was a kind and giving soul. He will be missed but he certainly left an impression on so many people. A truly wonderful human being who would do anything for you. My heart goes out to the entire family.
Comment Share
Share via:
D

Posted Feb 28, 2021 at 09:26pm
You are the love of my life I will miss you more than you will ever know. Thank you for helping me bring 3 wonderful caring children into this world, I don't know what I would do without them. You were the most wonderful caring man I will love you forever!
Comment Share
Share via:
D

Posted Feb 27, 2021 at 11:28am
Dale and family and Perry family.
My deepest sympathy I am so sorry for your loss.
Kirby with a standup husband, dad, grandfather, son and brother. His was a great friend someone who will give you the shirt off his back.
I grew up with the Perry family I moved away but always got to see them, they are my friends. One of my favorite times with Kirby and Dale was when they came by my parents house when I was visiting and we cruised the Mohawk River on their boat on a very beautiful Sunday morning. I am so thankful I got to see them at Arts and Lisa’s home at Lake George a few years ago with all the brothers and friends there. And again at Randall’s and Barbara’s lake home just up the highway the very next day.
He will be greatly missed. Always remember the good times those are forever enstilled in our hearts;
you all are in my thoughts and prayers at this time.
Tom Couch and family
Comment Share
Share via:
WS

Posted Feb 27, 2021 at 09:51am
We are so sorry for our unfathomable loss. May the wonderful memories of his warm heart, bright smile and the joy he brought you buoy your spirits during this time of loss. With our deepest condolences. One love, Wm and Susan Sykela
Comment Share
Share via: 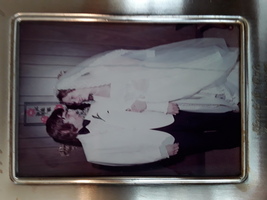 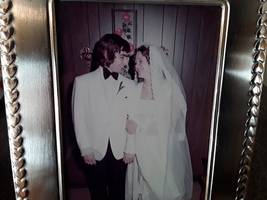