To share your memory on the wall of George Bush, sign in using one of the following options:

George was employed for 36 years at Nabisco Foods in Latham and retired in 1990 as a truck driver and inventory control person. He was a veteran of the US Navy and served during WW II. He is a member and Commander of the American Legion Charles J. Brady Post 235 in Waterford and former Chaplain, and past Vice Commander of the Saratoga County American Legion. He was a member and Tiler of Clinton Lodge 140 Masonic Temple. Active in community activities over the years George was a volunteer with the Waterford Youth Council, was associated with the Brothers of the Brush during the Village of Waterford 150th Anniversary and had served as Village Zoning Commissioner, Welfare Officer and was a former Democratic Committeeman and former Saratoga County Auxiliary Police Chief. He was a member and former trustee and usher at Waterford United Methodist Church.

He is husband of the late Shirley Smith Bush who died in 2004 and is the father of Rev. Dr. Patricia A. Bush of Brunswick (Barbara Pegrum) and the late Randolph G. Bush. He is the brother of Helen F. Bush of Doldgeville, the late Henry, Richard, Donald and Robert Bush, Flora and Ila Mae Zuckerwar and Nellie Dib. Also surviving is his grandson Thomas Hermann, daughter in law Patrice Muraski-Bush, as well as numerous nieces, nephews and other relatives and friends.

Funeral services will be Monday at 11 am at Living Hope United Methodist Church, 126 Middletown Rd., Waterford with his daughter Rev. Patricia Bush and Pastor Danyal officiating. Interment will be in Waterford Rural Cemetery.

Relatives and friends may visit with his family at Philip J. Brendese Funeral Home, 133 Broad St. (Rte.32), Waterford on Sunday from 3-5 pm.

Receive notifications about information and event scheduling for George

We encourage you to share your most beloved memories of George here, so that the family and other loved ones can always see it. You can upload cherished photographs, or share your favorite stories, and can even comment on those shared by others.

Posted Jan 30, 2021 at 11:13am
George was a dear friend to many, including my mom. I last saw him at a birthday party I threw for my sister. He surprised me with a thank you card for the event, which I never expected and it warmed my heart. What a kind and thoughtful man. I am grateful for the loyal friendship he gave to my mom, and I am saddened by his passing. God bless you, George Bush. And thank you.
Comment Share
Share via:
SW

Posted Jan 29, 2021 at 05:01pm
George was loved by all. His sense of humor will be missed. We shared the same sweet tooth for carmel creams, chocolate neco wagers, chocolate swiss rolls and mallowmars. Hope he has a nice limberger cheese and onion on rye waiting for him. We loved him and wil remember him always. God Bless
Comment Share
Share via: 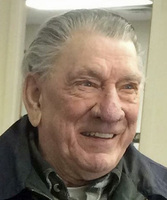 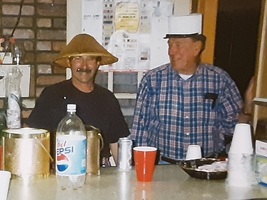