To share your memory on the wall of Barbara Pascucci, sign in using one of the following options:

In her earlier years Barbara was employed as an X-ray technician at St. Clare’s Hospital, Samaritan Hospital and the VA Hospital. She was a staunch Catholic and was a communicant of St. Mary of the Assumption Church in Waterford, was a Eucharistic Minister there, a member and past President of the Altar Society and had taught CCD classes. She hosted St. Mary of the Assumption Church Prayer Group was a member of The Gathering at St. Michael’s Church in Troy and the Cursillo Movement in the Albany Diocese. She had served as Waterford Village Flood Control Officer for several years and while raising her six children she was active in the Waterford Youth Council.

She was the loving wife of the late Patrick T. Pascucci who died in 2012 and the devoted mother of Lisa M. Stephenson (Timothy) of Clifton Park, Lori Garrow of Stillwater, Patrick D. Pascucci of Ballston Spa, Dominic R. Pascucci (Cynthia) of Waterford, Lynn Farruggia (Joseph) of Clifton Park and Ted Pascucci (Frances) of Waterford. She is the sister of Mary D. Smith of Newport Richie, FL and the late Herbert H. Dingman and Margaret (Peggy) O’Connell. She is the proud grandmother of Danielle, Rachael, Joshua, Justin, Jacob, Jared, Emily, Nicholas, Alec, Sarah, Gabriella, Victor and Frances. She is the sister in law of Anthony Pascucci, Marie Viall, Rita Wilber the late Salvadore Pascucci and Phyllis Grimes. Also surviving are several nieces, nephews and cousins as well as special friends, Anthony Rocco, Benita Verdile, Gerry and Phil Brendese and family.

Funeral services will be Monday at 9:30 am at St. Mary of the Assumption Church, 119 Broad St., Waterford. Interment will be in Saratoga National Cemetery, Schuylerville.

Relatives and friends are invited and may visit at the Philip J. Brendese Funeral Home, 133 Broad St. (Rte.32), Waterford on Sunday from 3-6 pm.

As per pandemic regulations, masks are required and social distancing and occupancy limitations will be observed.

Receive notifications about information and event scheduling for Barbara

We encourage you to share your most beloved memories of Barbara here, so that the family and other loved ones can always see it. You can upload cherished photographs, or share your favorite stories, and can even comment on those shared by others.

Jim and Carol Ryan and Tara, Devon, Nicole, and Melanie sent flowers to the family of Barbara A. Pascucci (Dingman).
Show you care by sending flowers

Posted Dec 09, 2020 at 04:17pm
Dom & Pat and all of the Pascuccis - We were so lucky to find you guys when we moved to Waterford. We had so much fun on Pearl St with you guys and the Matsons and the Murphys. You were great friends to my brother. I still have the wiffle ball bat that you guys gave us from "The Pearl St. Gang" when my brother died. Your mother was everything a mother should be, your parents made a beautiful family full of really lovely people. I didn't learn of her passing until after the service, I'm sorry I didn't make it as I would've liked to pay my respects. My condolences and much love to all of you.
Comment Share
Share via:

Posted Dec 06, 2020 at 10:54am
I knew Barbara all my life. When I was a little girl growing up, living next door to her family. Oh the good memories I have of family times. She was always there for me. It seems like she knew exactly when I needed her (spiritually, friendship, trust). I loved her dearly and always will. I remember the parties, family gatherings, prayer group. We had such a great life together. She had a great sense of humor and a true love of God. I'm sure God is taking care of her now. I will miss her, but have the great memories to recall.
Comment Share
Share via:
JR

Posted Dec 03, 2020 at 12:35pm
Lisa, Frank and I are sad to hear of your mom's passing. What a beautiful woman inside and out. She was a fixture at St. Mary's and will be missed by so many. Sending prayers of comfort and love to you and your family. Frank and Fran Miller

Tara, Devon, Nicole, and Melanie purchased the Dreams from the Heart Bouquet for the family of Barbara Pascucci. Send Flowers 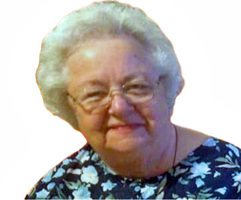 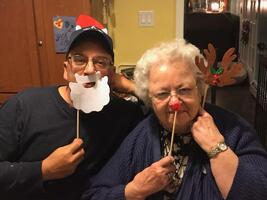 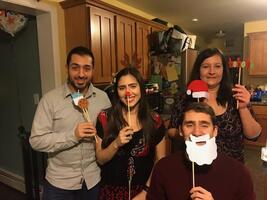 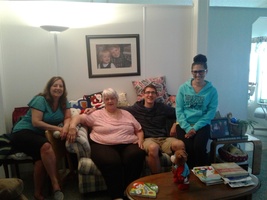